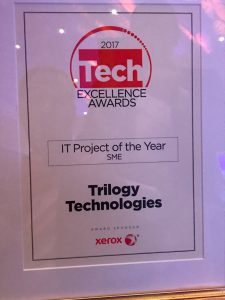 We are delighted to announce that Trilogy Technologies has won IT Project of the Year for our work with our customer Credit Union Plus at Tech Excellence Awards 2017.

Trilogy designed and implemented an enterprise class highly resilient hybrid cloud infrastructure. The deployment of this project required the set-up of a Project Management Office which was critical to its success. Following agreement on the desired ICT architecture, careful planning of the deployment steps was essential, as the requirement of the credit unions was for a parallel deployment, with a live migration of business critical applications and zero downtime for customers and employees.

It was a double success for Trilogy on the night, as the team came home with two awards. Our Group MD, Edel Creely won Person of the Year in recognition of her contribution to the Technology Sector in Ireland throughout her career to-date. 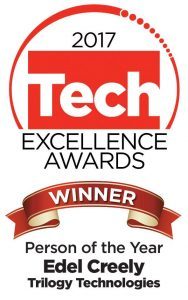 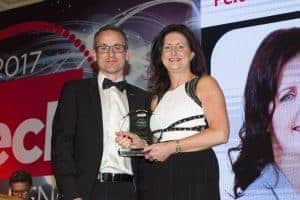 We are delighted to announce that Trilogy has been ranked at number 24 on the Deloitte Technology Fast 50 2019. The Fast 50 is a ranking of Ireland’s...