The increasing range of applications used to deliver teaching programmes was placing a strain on National College of Ireland’s (NCI) ageing PCs and on the college’s network. This was particularly obvious with some multimedia applications where poor system performance was impacting students.

At the same time, many of NCI’s 480 PCs were reaching end of life. The NCI team had to decide whether to renew the PCs or to try and look further ahead and plan how best to meet evolving demands on the college’s IT resources. The way that students interact with technology was also evolving, with students wanting to use their own devices.

National College of Ireland’s library contains 40 legacy PCs which log around 350 individual student connections each day. Previously, these machines could take ten minutes to boot up to a desktop session. Now the same hardware boots up in just 30 seconds. Remote performance has also improved dramatically and it is faster and cleaner. 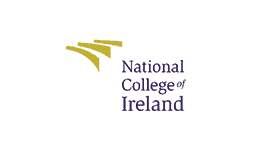 " Trilogy was very helpful and supportive. The team understood what we needed and recommended VDI-in-a-Box. They helped us scope the solution and used their experience to help us configure the solution to meet our specific needs.
"